Scientific exchange and visit at the University of Vermont 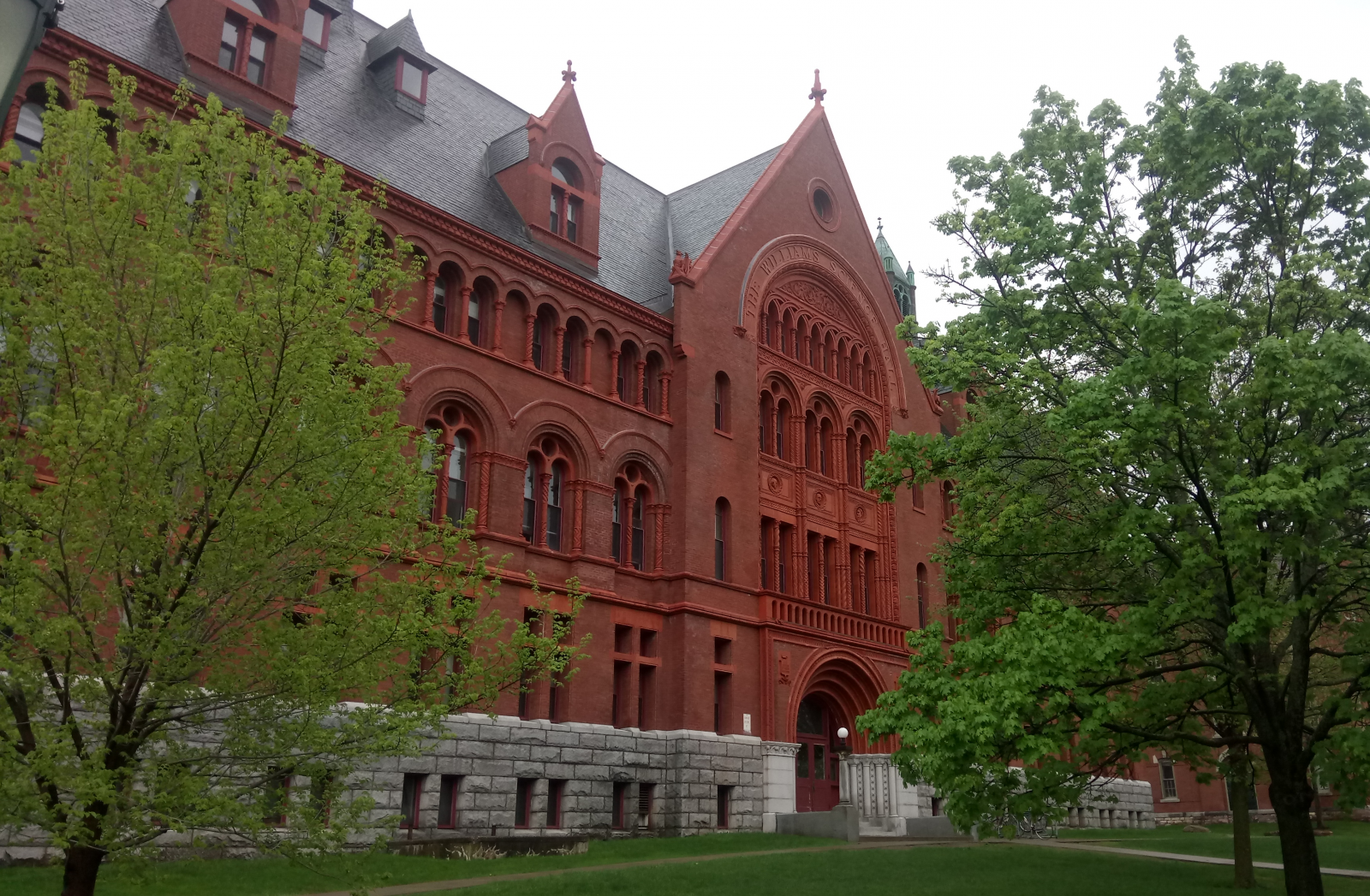 In May 2018, three members of the Department of Forest Ecology from the Faculty of Forestry and Wood Sciences of the Czech University of Life Sciences Prague – Martin Mikoláš, Jakub Málek, and Petr Kjučukov – visited the states of Vermont and New York in the United States. They were hosted by Dr. William S. Keeton, a professor of forest ecology and forestry at the University of Vermont (UVM). The main purpose of their visit was a mutual exchange of experiences and presentation of ongoing work of the two labs because the primary fields of interest of the labs have much in common. We visited several of Professor Keeton's research areas to survey and discuss his work, which led to many conceptual discussions of possible future joint publications or projects, and we established a plan to improve cooperation between the labs. The principal topic of the educational stay was primary forests, in particular, their research, protection, and emulation of primary forest dynamics using forest management.

The educational stay started at the School of Environment and Natural Resources at UVM in Burlington, where Dr. Mikoláš presented the extensive research of Department of Forest Ecology FFWS (DFE) on European primary forests. Primarily he talked about dendrochronological methods. An application of scientific work to protect remaining natural forests especially in Romania and Slovakia was another important topic. The new DFS site"remoteforests.org" was also presented to the well-attended UVM audience.

The rest of the week was spent touring examples of the northeastern forests of the United States. The forests were gradually approaching the start of spring, which, compared to the Bohemian Basin, was slightly delayed after the harsh winter (otherwise the climate is similar to Central European climate). Professor Keeton, accompanied by members of his lab, graduate student Lena Vila Vilardell and post-doc Dr. Dominic Thom, introduced their guests to UVM’s Jericho Research Forest, demonstrating attempts to reintroduce a disease resistance variety of the American chestnut tree (Castanea dentata). Then we visited state-owned forest on the slopes of Vermont’s highest mountain, Mount Mansfield (elev. 1,335 m). There we surveyed research areas focused on mixed hardwoods, which are secondary forests regenerated through natural succession following 19th century clearing. The woody mixture was quite varied - in lower positions sugar maple (Acer saccharum) was already full of leaves, amongst yellow birch (Betula alleghaniensis), suppressed American beech (Fagus grandifolia), eastern hemlock (Tsuga canadensis), and many others.

William Keeton is a Professor of Forest Ecology and Forestry at the University of Vermont’s (UVM) Rubenstein School of Environment and Natural Resources. At UVM he directs the Carbon Dynamics Laboratory and is a Fellow in the Gund Institute for Environment. He currently chairs the IUFRO Working Group on Old-growth Forests and Reserves and serves on the advisory board for Science for the Carpathians. His research focuses on forest dynamics, old-growth forests, riparian ecology, forest carbon, and natural disturbance-based silviculture. He holds a B.S. in Natural Resources from Cornell University (’90), a Masters in Conservation Biology and Policy from Yale University (’94), and a Ph.D. in Forest Ecology from the University of Washington (2000).

Discussion of what Dr. Keeton calls “Natural Disturbance-Based Forestry” was the main objective of the field program. In managed, secondary forests, Professor Keeton demonstrated a long-term experimental  comparison of three silvicultural systems: 1) tree harvesting by individual selection, 2) tree harvesting by group selection, and 3) a novel approach called “structural complexity enhancement” (SCE). The latter is intended to accelerate the development of structurally complex, late-successional forest characteristics, functions, and habitats in secondary forests. Stated simply, the objective is to provide sustainable forest management options that integrate ecological and economic objectives by emulating natural disturbance effects and stand development processes. One such approach is that the trees are harvested so that the diameter distribution in the stand have a sigmoidal shape, which has been found to be characteristic of primary forests of the region. At the same time, the primary forest structures are artificially created by mechanically uprooting some trees or killing other trees by  girdling the cambrium. This enhances the availability of some characteristics of primary forests, such as light gaps and varied habitats of the windthrow, inhabited by a new generation of trees, increasing the volume of standing and lying dead wood among other benefits.

In addition to promoting structural diversification of the forest, the SCE method increases the stand basal area, carbon fixation increases (which is very important in the context of global climate change; carbon storage in forest ecosystems is one of the main aspects examined by Professor Keeton), and it supports late-successional forest biodiversity (vegetation, birds, small mammals, amphibians, mushrooms, invertebrates, etc.). Economically, SCE provides a modest level of financial return that will be attractive to landowners and forest practitioners where restoration objectives are emphasized, such as within managed nature reserves and on national forests.

Similar "primary forest imitation" methods were developed in the eastern USA in the 1980s, and only now are they slowly being integrated into forestry practices, as evidenced, for example, by their direct application in a program called “Foresters for the Birds,” developed by the Vermont Audubon Society.  It includes silvicultural guidelines for promoting habitat for 12 bird guilds, incorporating many of the techniques tested in the SCE approach.

After this extremely exciting excursion, we went to the previously mentioned highest peak of Vermont, with an accompanying and fascinating interpretation of the local forest ecosystems by Professor Keeton. Passing through the higher elevation forests, we encountered stands dominated by balsam fir (Abies balsamea) and red spruce (Picea rubens).

Then for the next two days, the group moved to New York state, which is separated from Vermont by Lake Champlain. The program included excursion tours to the Adirondack State Park – a protected landscape since the 1880’s, with an area of about 2.5 million hectares. It contains many huge, designated wilderness areas and only 15% of the area contains modern structures. We were impressed by e incredible "sea" of forests and lakes centered around the Adirondack Mountains (highest peak is 1,629 m). Here Professor Keeton showed us the natural forests and their dynamics (which can be reflected in the SCE method described above). An example of this changing landscape was encroachment of mountain paper birch (Betula cordifolia) into mid-elevations, colonizing from seed sources higher on the mountain slopes, following large human-caused fires in the early 20th century.  Only now, a hundred years later, are the site endemic species beginning to recolonize those sites, following multiple pathways of succession. The group visited forests with 500-year-old specimens of eastern white pine (Pinus strobus), and forests with the predominance of the eastern hemlock, both in the background of a similar deciduous mixture as seen in the Vermont Green Mountains. All this with the tireless interpretation of Professor Keeton.

After the weekend, the visit officially ended back at the University of Vermont with a joint interview, evaluation, and discussion of further avenues and projects for collaboration.

The Department of Forest Ecology, FFWS, gained valuable experience and inspiration during the US visit. Their extensive knowledge of natural forests and their imitations in farming is applicable worldwide. One can say that this is only possible in America, or this mixture of woody species or spatial scale (where in Europe can we find a million hectares of wilderness) are not applicable to other forest systems. Introducing similar methods in the cultural regions of Central Europe may sound like the “popular and dangerous wildernessing" of urban populations. However, these are weak arguments. Vermont is a small state, similar to Moravia, with about 600,000 people (the largest city of Burlington is about 40,000 people). The state is largely rural - an economic countryside with hundreds of farms, where everybody own a wooden house and appreciates their regional products.

Most of the forests are secondary forests originated from old pastures, and foresters there deal with problems very similar to ours. The key predators (cougar or mountain lion, wolf) are exterminated and the damage caused by ungulate browse, especially the white-tailed deer, is considerable. However, healthy populations of other large mammals remain widespread, including American black bear, moose, lynx, and bobcat. Species such as wild turkey, beaver, and coyotes have returned and spread abundantly with the recovery and redevelopment of secondary forests in the northeastern U.S.

In the deciduous mixture, the aforementioned American beech would naturally dominate, but most large beech are dead or dying because of beach-bark disease introduced from Europe (the introduced fungal pathogen of the genus Nectria), which infect the trees through tiny opening created by the beech-scale insect (Cryptococcus fagisuga). And yet, despite everything (or perhaps because of that), there is an open-mindedness to research and exploring ideas that promote nature as the best guide to forest management.

Even in Central Europe we can tolerate greater naturalness in forests or even actively support it. Especially in middle and higher positions of more mountainous regions, the disturbance mode is similar to eastern American forests. We can also work with a varied woody mixture if we take pioneer wood species (birch, poplar, willow ...) into consideration, as well as the types of fallow forests (limes, maples, elms, ...), etc. Traditional forestry concepts, more or less based on so-called forest normality, fail, which is particularly noticeable in the current dire situation and the collapse of the wood market. Don ´t cling on to artificial concepts! Even in Europe, fragments of natural forests survive and there we can learn from observations of ecosystem dynamics. This was the main message and inspiration from our transatlantic journey.

The last say of Professor Keeton:

Lessons we might learn include an understanding of the ecosystem service and biodiversity outcomes of variable and highly complex forest stand development pathways, how these interact with both natural disturbance processes and global change. And of course it will be important to explore how critical ecosystem services, such as carbon storage and flood resilience, tradeoff with other important management objectives, such as commodity production. From there we can begin to design and modify silvicultural systems and conservation strategies to provide a full and broader array of ecosystem goods and services across the landscape, adapting these to changing environmental boundary conditions.

This exchange was funded by a generous grant from the Trust for Mutual Understanding (www.tnuny.org) and EVA4.0 - Excellent Research as Support Adaptation of Forestry and Wood Industry to Global Change and 4th Industrial Revolution. 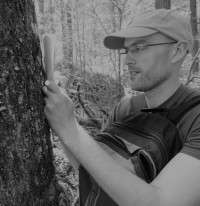 Author of the article: Petr Kjučukov A postgraduate student on the Department of Forest Ecology at the Faculty of Forestry and Wood Sciences of the Czech University of Life Sciences Prague, is mainly interested in forest biodiversity protection and it's application in practice. Petr used to work as a nature conservation officer in regional offices. Since 2011 he has been an employee of Konopiště forest enterprise (state-owned forests).
Share the knowledge
Facebook Twitter Google Plus
Back to other articles
Scroll to top