Palm Oil Watch International: Would you like palm oil? 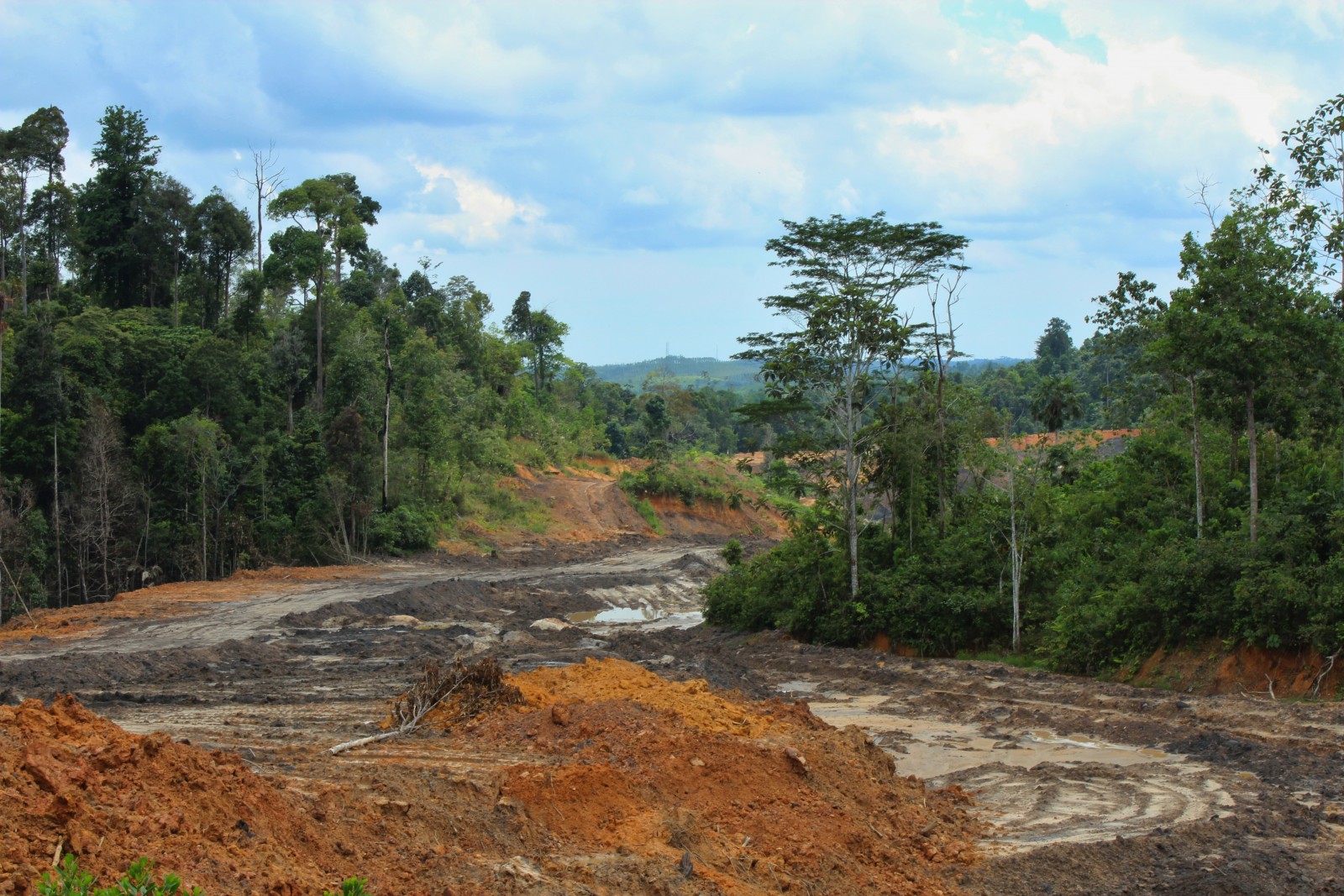 The REMOTE project is a partner with Palm Oil Watch International. It is an independent platform bringing together organizations and individuals to reduce global palm oil consumption. Palm oil can be found in approximately half of packaged food and cosmetic products, it is also added to biofuels and diesel. A survey of 4,500 Europeans, in nine states, has shown that 82 % of citizens surveyed are not aware that a bio-component is added to these products. What is this oil component and what is its consumption impact?

High-oil producing crops are processed and added to fuel. The orignial idea of biofuel was that the CO2 burned by biofuel emmisions would be sequestered by the growth of new plants. This was the simple idea for ​​a renewable resource that would not increase carbon dioxide in the atmosphere. The whole idea, however, has turned into an industrial agrofuel business and has become more harmful to the environment. Lets use the example of palm oil.

Palm oil is produced by the palm oil tree (Elaeis guineensis), which is native to equatorial Africa. It is highly productive and it thrives in the equatorial zone, so it is grown in all tropical areas. Unfortunately, these are mostly places where tropical forests are still growing. The vision of rapid oil production and the promotion of global agrofuels gives "a green light" to planting endless plantations at the expense of forests and other natural ecosystems. This is especially the case in Indonesia and Malaysia, due to high corruption and non-compliance with local laws. Thousands of square kilometers of rainforests have been burned in Malaysia and Indonesia due to oil palm plantations. It culminated in 2015, when deliberate forest fires released, in a few days, the same amount of carbon dioxide and other pollutants that the US produces in one year.

One hundred and seventy million hectares of forest cover existed around the year 1900.Today, it is reported that more than 72 % of that forest has disappeared and up to 80 % of the forest removal in Indonesia has been done illegally. Indonesia has lost a unique tropical ecosystem and has suffered from massive environmental pollution that has occurred with the use of industrial chemicals and increased soil erosion. These losses are financially incalculable.

Plantations are destroying the health and livelihoods of many fishermen, peasants and other local communities. These people have lost a healthy environment, along with their traditional and sustainable livelihoods. Child labor is no exception. Health problems caused by the use of frequently banned pesticides are a common part of life in plantations. In Indonesia, the palm oil sector is responsible for about five thousand conflicts pertaining to territory and human rights. Nearly 45 million people live in the forests of Indonesia. In 2011, Wilmar (one of the world's largest palm oil producers) plundered an entire village, they destroyed 40 houses and cleared 40,000 hectares of land for palm oil production.

"The Orangutan was offered to farmers for sex"

The orangutan is a flag species highlighting the dismal state of biodiversity loss. Over the past ten years, the orangutan population has halved, due to the loss of natural habitat. Their environment was altered by the palm oil plantations. Sumatran Orangutan (Pongo abelii), which is only found on the island of Sumatra, has a population of only 6300 individuals, with estimated loss of 1000 per year. This rare orangutan has only 20 % of its native habitat left. Elephants, leopards, birds, butterflies and other representatives of fauna and flora have similar habitat loss. Irresponsible palm oil production has led to cases in which orangutans have been forced out or burned alive.There is also a case of prostitution, where Pony the oranguntan from Borneo, was forced to live in a dark room for 6 years, and was offered to local farmers for sex.

Nowadays, the discovery of new large vertebrae is very rare. However, a newly identified species by the name of Tapanul orangutan (Pongo tapanuliensis) was discovered in 2017. The discovery has a somewhat bitter taste because this species has only 800 individuals, in the area of ​​only 1000 square kilometers. Thus, a newly discovered hominid, with the smallest population that is already threatened because of illegal trade and territory loss. There is a gold mine in the area where these orangutans live and China is constructing a hydroelectric power plant there also.

Palm oil certification in Indonesia and Malaysia is not working. The RSPO (Sustainable Palm Oil Roundtable) still allows growers to cultivate plantations on peatland and to clear secondary forests. Tropical peat bogs store up to 10 times more carbon than "mineral soil", which means that plundering and planting on peat bogs is up to ten times more damaging to the environment.

Palm plantations have a life cycle of approximately 20-25 years. Some may not even last that long.Their high production cost includes depleted land and water resources. Soil quality is also difficult to replace. The fertility of the soil is generated by functional forests, meandering rivers, and years of small mixed farming. Altering watercourses, exposing land, along with a lack of diverse vegetation will not restore the life of this wasteland. In some cases, a second generation of palm trees can be grown. However, the monoculture of palm plantations remain vast areas that are subject to desertification. The short-sightedness of quick profits is accompanied with arid soil and uncertain future for nature and future generations. What is the role of European citizens in this catastrophe, which only seems to affect developing countries in the tropics?

In food, cosmetics and heating, approximately the same amount of palm oil is consumed as in the consumption of agrofuels. To give you an idea, 3.9 million tons of palm oil were imported to the EU in 2017 (only for agrofuels). This is 38 times more than the worldwide consumtion of palm oil in Nutella. We think we are running our engines on biofuels, which seems eco friendly, but in reality they are running on burning ecosystems. Earlier this year, the European Commission prepared a proposal for new legislation reguarding the support of agrofuels and thier components.  Agrofuels should no longer be supported at all, and this legislation seems to support this, however this new EC proposal has the potential to accelerate Europe's impact on deforestation.

The European Parliment is moving towards legislation to irradicate palm oil in future biodiesel production while still meeting their renewable energy targets. However, threats of trade wars between Europe and the governments of Malaysia and Indonesia caused an exemption of certian palm oil production. Palm oil produced on independent small plantations (less than five hectares) or produced on "unused" land(neither forest nor plantation) is viable. Production of ANY palm oil has a high impact on deforestation and soil degradation, regardless of whether it is grown on individual or corporate plantations. Small farmers are selling their products to only a few big price-setting corporations. The term "unused" land is very easy to manipulate. Land that has potential for restortation is being replanted for palm oil. If this legislation passes through the European Parliament, we can say goodbye to the last wilderness and high biodiversity remnants of Southeast Asia.

Palm oil is everywhere, and today we consume it 4 times more than it was  consumed 20 years ago. We are also responsible for what is happening at the "other end of the planet" where it is produced. This past Junuary, anti-palm oil demonstrations took place in Prague, as well as in many other major European cities. World must face this problem, otherwise legislative proposals will no longer be necessary, because there will be nothing left to save. 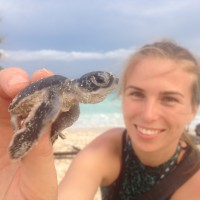 Author of the article: Gita Matlášková International coordinator of Palm oil watch. Bachelor of Systematic Biology and Ecology at the Department of Zoology and Master of Environmental Protection at the Department of Ecology, Faculty of Science, Palacky University, Olomouc.
Share the knowledge
Facebook Twitter Google Plus
Back to other articles
Scroll to top